We had a great turn out for the first Eco-tour of the season.  They were all busy chatting and drinking coffee when the red trolley arrived.  Ruby, the trolley driver,  parked  on the side of the building and opened the doors in a welcoming gesture.  We rounded up everyone and had them board the wooden paneled trolley as quickly as possible as it wasn’t going to be easy sticking to our 2 hour timeframe.  The trolley ‘s benches were a little tight, but what it lacked in comfort, it made up for in quaintness.  We waited five more minutes as one registered guest was  missing.  When he didn’t show, Rod Sellers, our tour guide and local historian took his place at the front of the bus and  we headed out to our first destination – the O’Brien Lock and Dam.  Going down 130th,  we passed the Hegewisch Marsh, the expanded Ford Motor plant, LaFarge Cement and a number of other industries that dot the Calumet River. 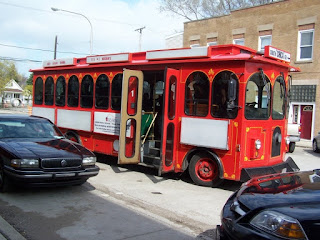 Because we were on a tight schedule, we quickly disembarked and gathered around as Rod explained the function of the locks and how the Calumet River was connected to the waterway system. 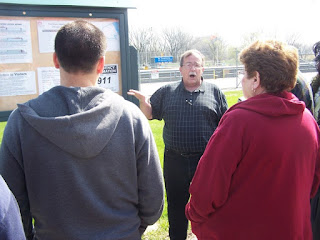 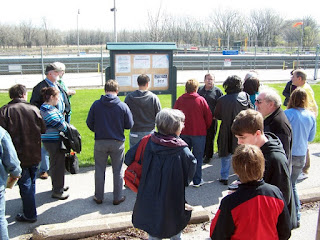 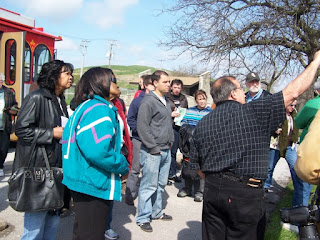 Time to get back on board and head for the site of the proposed CPD outdoor shooting range. 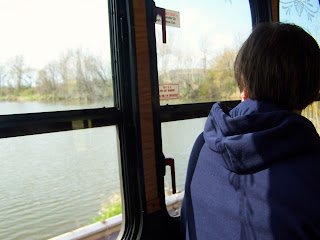 O’Brien Marsh seen through the window, was calm due to the time of the year and day. 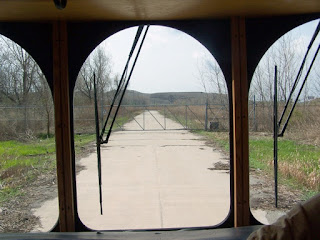 Without being able to enter the site of the proposed gun range, it was impossible to see the nesting Blue Herons and Egrets.
One can however, easily see the tall landfills in the background. 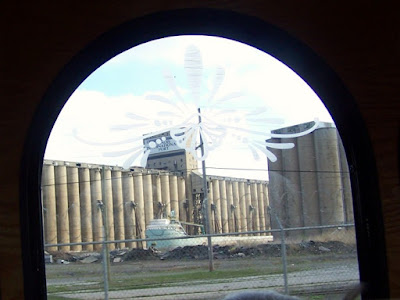 On our way to Harborside Golf Course, we passed the working end of  Lake Calumet.  Seen here is a freighter parked in one of the slips alongside the grain silos. 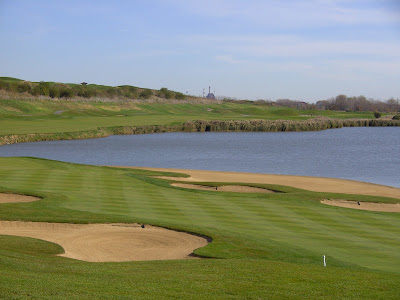 Who would believe this was once a landfill instead of the link style course it is today.  Harborside’s  hilly terrain borders Lake Calumet, a lake that most Chicagoans aren’t aware of.  While the golfers have access to the lake, the general public do not. 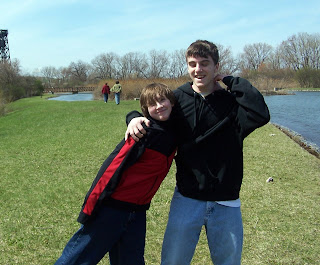 Two of our young tourists enjoying the tour and the weather. 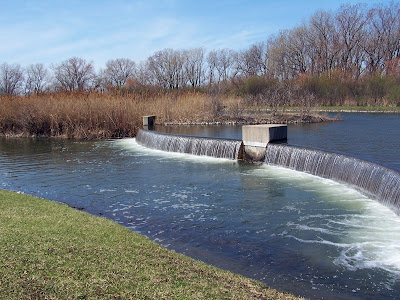 The falls over which the water from the river is pumped so that it is aerated. 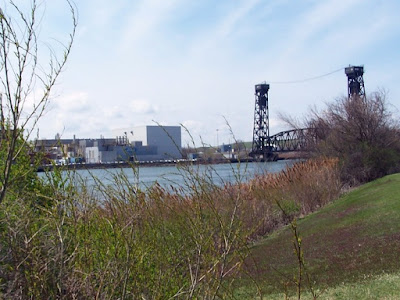 A view of the Ford Motor Company across the river from the SEPA station. 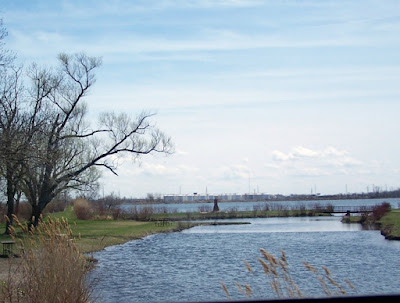 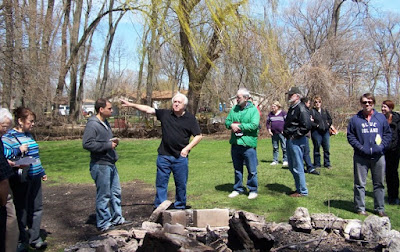 ﻿﻿The proprietor of Club 81 Too tells us the history of his restaurant as we stand gathered in his backyard﻿﻿ along Wolf Lake. 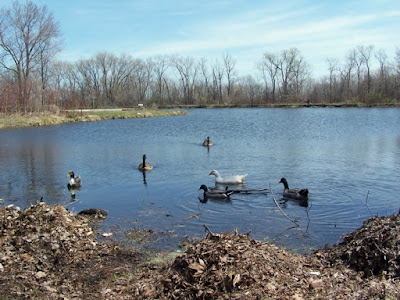 The ducks gathered around to listen too. 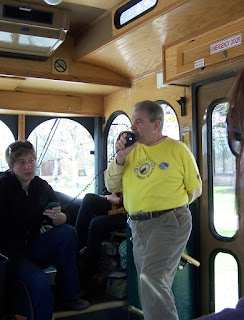 After a delicious lunch of fried chicken and fish, the tour ends with Board Member Tom Shepherd thanking everyone for coming out.